‘That Magic Quadrant is Plain Wrong’

‘That Magic Quadrant is Plain Wrong’

What happens when a firm feels it simply cannot accept the Gartner opinion of its products and performance?

Sometimes, people get angry. The most extreme case, of course, was ZL Technologies attempt, five years ago, to sue Gartner for $1.7bn. But the most recent example involves Nuix. 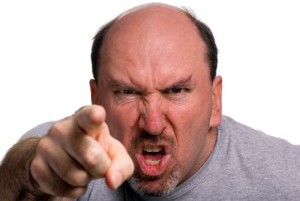 Nuix is a reputable, well-established Australian company in the e-discovery software field, with a good-looking international customer base. But when Nuix managers saw the latest e-discovery Magic Quadrant, they couldn’t believe their eyes. The MQ was so dramatically at odds with their own view of the market that Nuix put out a detailed document to try to counter the Gartner assessment. It’s an interesting read and I would encourage you to look at it. When you’ve done that, though, you might want to sit back for a minute and form your own view as to the relative risks and rewards of taking such a stance.

A plea for justice…

The crux of the matter is that the company feels the Gartner view of the sector is completely out of touch with today’s market realities. Nuix believes the vendors that are praised in the assessment are actually weaker in the market than Nuix and that the methodology used is so opaque that it stops MQ readers from being able to assess the Gartner approach and make up their own minds about its validity. And lastly, of course, Nuix complains that the analysts and the Gartner in-house ombudsman have been highhanded and intransigent in their response to its anguished pleas for change.

Sound familiar? You’re dead right. We must talk to at least one company every week of the year that could come up with a similarly heartfelt complaint about the Gartner analysts, methodology and conclusions.

Or is Nuix cutting off its nose to spite its face?

You may remember my blog earlier this year entitled “If I drink poison, will the Gartner analyst die?” I observed then that one common reaction is for companies to turn their backs on Gartner when this kind of thing occurs. But, as that blog hinted, this approach never hurts the analyst – only the supplier who has had the fit.

So is it any more fruitful to come out fighting and mount an all-out attack on the analyst’s opinion and methodology? Certainly it opens the issue up for debate within the industry. But unfortunately it will always smack of sour grapes, however righteous your indignation may be. Your competitors may well agree with you, but they will be awfully glad it’s you and not them who is out there fighting in vain for truth, justice and a top-right position in the Magic Quadrant.

Several of the issues raised by Nuix are definitely worth closer consideration.

Principles won’t get you very far in a situation like this. You’ll have to be pragmatic. So let me leave you with three helpful thoughts:

No research generates more angst than the Magic Quadrant. People may act tough, but every firm cares how it’s rated by Gartner and how it is covered. As ever, our advice is to put an engagement plan in place and win over the analysts, over a period of months, with a well-thought-out stream of evidence to support your view.

No analyst is going to listen to your arguments one fine bright morning, smite his forehead and declare “Well, I’ll be blowed. You’re absolutely right. What a fool I’ve been. Just let me get on to my boss and tell her I’ve got to rewrite the MQ.” Overnight conversions just don’t happen. Apart from anything else, analysts, like human beings, don’t like admitting they’re wrong. But if you offer enough clear, convincing, consistent evidence, over a period of time, you’re in with a good chance that the analyst will end up shifting position and reassessing the situation when the next MQ comes round.