Of Gods and Men

Of Gods and Men 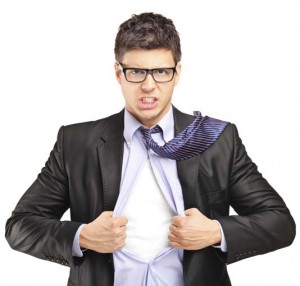 Once upon a time, I was referred to as “a god”.

It was a long time ago, and I like to think I’ve matured handsomely since then. But the point about the remark, in a reputable Connecticut newspaper, was that it wasn’t just me.

Back then, in the mid-1990s, the journalist in question wrote a full-page article in which he used the phrase “the Gartner gods” in talking about me and my fellow analysts in Stamford. And it did feel, for a time, as if we really wielded a lot of power.

Unlike more durable gods, though, we were not infallible. I remember one of our confident young analysts surprising his audience at an Electronic Commerce Conference with the confident announcement that the internet would turn out to be the CB radio of the Nineties. I wonder where he is today.

Now, it’s probably true that Gartner was at one of the high points of its industry dominance at that time. But international expansion and the influence of the internet have both amplified the company’s influence since then. And it is still quite remarkable how much impact a single analyst’s opinion can have in 2012.

I saw this for myself at an investment conference I attended last month in NYC.

This was all about introducing investors to growth companies – more than a hundred of them – in exciting fields that ranged from biotechnology and cleantech to SaaS and specialty pharmaceuticals.

Not all these dynamic young companies were IT vendors, of course. But where they were, at least half of all the presentations made reference, at some point, to a Gartner Magic Quadrant.

In one session, I witnessed a moment of revelation that seemed almost religious in its intensity. The presenter proudly announced that his company – already ranked as a Leader in the MQ – had made such awesome progress over the year that it had soared from low in the Leaders quadrant to… well, a slightly higher position.

There was an audible gasp, and an immediate reaction from one of the financial analysts in the room.

‘This,’ he truly said, ‘is the signal I have been waiting for.’

Perception is reality – and nowhere more than in the equity market.

What this incident and others throughout the two-day conference brought home to me was that Gartner MQs can directly move company stock prices, which certainly affects companies’ acquisition prospects, among other matters.

In practice, this ThinkEquity Growth Conference was a timely reminder of the fact that ensuring your company gets the best assessment possible is incredibly important, with a value that can be worth hundreds of millions of dollars in market capitalization and tens of millions in revenue.

The company that has the tech analysts’ blessing gets more at bats. It gets shortlisted more often, and it gets the chance to hit more homers. That’s how it is.

And that means that the return on investment you get on all your brilliant development design work, your magnificent marketing and your stop-at-nothing sales campaigns probably depends a lot more than it should on how well you handle your interaction with the analysts from Gartner, Forrester and IDC.

It’s a sobering thought that getting off on the wrong foot in the assessment process could be the most costly mistake you make this year. But the other side of that coin is the fact that a relatively small investment of money, effort, and resources can pay off big time, if it wins you a really positive assessment.

Your fate, in these matters, is not just a matter of chance. You can do a lot to determine how the process pans out. Your destiny may seem to be in the hands of the gods, but there are ways of shifting the odds in your favor. And if you could use the help of an ex-god to get you where you need to go, you know where to find me.

Are we on target? The last thing we want is everyone agreeing with what goes into this blog. After all, if you don’t disagree with some of the points we’ve raised, we’ll be forced to be more and more provocative, and who knows where that will end? So let us have your thoughts. Do research company assessments and Magic Quadrants have too much influence on investor attitudes and confidence? Or is it up to each company to show its best face to the world and forge its own destiny? Have your say, and send us any practical tips you’ve discovered that we can share with our readers.