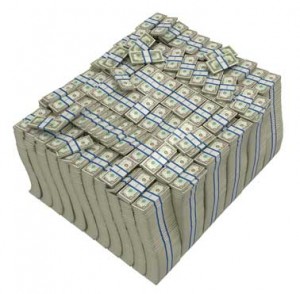 One question we often hear is “Is there a real impact to inclusion in a Gartner Magic Quadrant?” Frankly, the answer is obvious, but the evidence is often hard to pin down.

For many of the smaller, more ambitious growth companies we meet, there is also another question that is particularly important. Is a better assessment going to boost the company’s valuation and help management find the right exit path?

Interestingly, we now have some fascinating evidence from three separate companies who all engaged us in 2012 to help them work on their communications and response strategies within one particular Gartner Magic Quadrant. I apologise for being a tease, but for the sake of our NDA commitments, the identity of this MQ will have to remain a mystery. Let me say though that, as you would expect, it is one that covers an area of rapid market change and growth.

Working closely with the three clients’ teams, The Skills Connection was able to help all three companies move up, within this specific Magic Quadrant, from their positions in the previous year’s assessment.

One progressed from the Niche category to the Challengers quadrant, while both the others entered the Leaders quadrant for the first time – one from Visionaries and one directly from the Niche quadrant. Over the 20 months that followed, we have seen all three successfully exit via trade sales to major players in the IT space.

As former analysts, we know from our own experience that getting the message clear for the Gartner analysts will have helped each of these companies in two distinct ways. The first is their obvious visibility in the published research and the increased traction this gave them in the market.

The second, less immediately apparent, relates to the important role of the analysts in the whole acquisition process. The larger IT firms who make up the range of potential acquirers are all, like many of the investment firms, customers of Gartner. One specific use they make of analyst inquiry is to explore possible targets and obtain analysts’ views about who to consider as potential acquisitions. Very often, it is the MQ that is the starting point for this.

Later in the acquisition cycle, too, analysts are often engaged again as part of the due diligence process, to help with market sizing, assessments of growth potential, and vision validation.

It’s that first part, though, that is often overlooked – the way acquisitive firms use the analysts to identify who is worth considering in the first place.

If the value of investing time and effort to support the analysts and improve your assessment coverage was ever in doubt, I’d suggest you take note of these three recent examples. You too may be looking in the future at how your company can benefit from greater visibility,

I can’t tell you, of course, what the specific prices paid for these firms were, though there was definitely a multiple on margin of 10:1 in at least one instance. I can assure you, though, that there were very broad smiles on the faces of all three of these management teams.