Standing Firm in the Two-Way Street

Standing Firm in the Two-Way Street 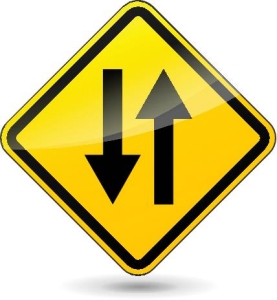 Who are these Gartner, Forrester and IDC analysts? Are they highly-trained, highly expert, all-knowing gurus? Are they all flawlessly well informed? Do they have some mythic, heroic power?

To hear many of the conversations IT companies have with the analysts, you would think they were all these things. “OK, if you say so, it must be so.” For us British, it’s easy. We have these habits of deference. Quick tug of the forelock – “Thank you, sir. Thank you, ma’am” – and away you turn.

In truth, research company analysts are sometimes ex-practitioners. Often they are former marketing staff from vendor companies. Occasionally they are ex-journalists or academics. Overall, they are very much the same as you and me. The one difference is that they spend all day looking at the market, while we spend all day trying to make business happen.

The former head of research operations at Gartner, Mike Braude, put it pretty clearly for the analysts of my generation. “Don’t think for a moment that you are market makers. You build nothing. It’s the people you track who are making the market. You are just observing.”

That’s worth bearing in mind the next time you embark on a conversation with an analyst.

I was recently involved in the draft review stage with a client who was to be covered in a Gartner Critical Capabilities note. These notes are not relative, like the Magic Quadrant. They deal in absolutes, with a very clear, stated definition for each rating score. A score of 2.0, for instance, is defined as meaning that you do not meet all the key requirements for a particular capability. My client’s product met these core needs, even according to the man from Gartner, but the analyst was still adamant it should score only 2.0.

Why? Well, because while the definition might be as stated, it turned out that what the definition said was not exactly what the analyst had in mind when he decided on his scoring scheme.

The reader, of course, was supposed to use his telepathic powers to divine that the definition was irrelevant and that the scores would have some entirely different meaning.

When problems like this occur, should you just take the hit and bewail the injustice? After all, we all know the analyst is always right. At least according to his or her own opinion.

This is a two-way street. It’s vital to speak up and make it clear that if the analyst doesn’t act appropriately, you will escalate the matter. And if you need to, do it. Escalate. Take it up the chain of command and fight your corner.

Whenever we say these things, it evokes the cringe response again, the instinct to tug the forelock and make the best of a bad job. “Surely all that will do is damage our relationship and make things worse,” people say.

No. It won’t. While every analyst wants to be accepted as always being right, they all know it’s a two-way street. You have your rights – whether you are a client of theirs or not (which shouldn’t, of course, matter, but probably does).

To be fair, in this case the analyst played it by the book. He told us clearly, “If you are not happy with my suggested solution, you should feel free to escalate to management. I understand and it is fine by me.”

So the next time an analyst tries to steamroller you, plant your feet and fight for truth and justice. If you stand your ground and refuse to be bullied, the steamroller will stop… or if not, at the very least, hesitate. And as for our client, that particular immutable score was published not as 2.0 but as 3.0.